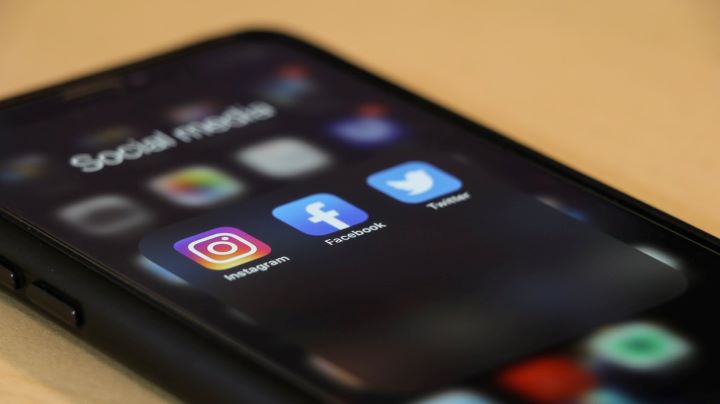 Do you remember MySpace?

Your own personal web design to MySpace is yourself.   Create a name, design your own background, make a decision on who’s going to be on your top 8 and pick songs to play whenever someone wants to view your page. You’ve created your own personal theme for your page based on your emotions. MySpace felt like a safe space to be yourself or the beginning of learning who you are and what you liked.

Here’s a toast to Tom(the creator of MySpace).

But, if you have to give an award for best social media app that has been created, which one would you have chosen to be the best?

The social media world continues to grow in a way I don’t believe could disappear anytime soon, unless the President of the United States decides to ban social media forever. Which I highly doubt that could ever happen in the world of social media being as popular as it is today.

Regardless of your feelings towards social media, the truth is social media will continue to grow in a way we can’t stop it. Unless you’re someone who is completely over apps. Agree to disagree, but social media is changing and be careful because you don’t want to be comfortable with your favorite app because there’s a chance it could disappear. MySpace became unpopular once Facebook became trendy. Facebook became popular then once Instagram was created then Facebook became a little less popular. However, Facebook and Instagram decided to become as one and work together, but throughout the years of social media Instagram has done a 360 and has taken away the ideas from another social media apps to make it into its own. Even though Instagram has copycat from other apps, could it be the best social media invented?

What is the best social media to use?

If you had to decide on what is the best social media to use? Most people will have said it’s a battle between twitter and instagram, but it’s whatever seems more popular and trending at the moment.

Social media will live on forever, but what is the purpose of social media?

IG is to share photos or videos. With IGTV, which is close to YouTube and IG reels, which is close to Tik Tok. Again, instagram somehow continues to take any ideas from another social media app to continue to hold onto its users. If people love tiktok so much then let’s create something close to tik tok. If people love YouTube so much then lets create an IGtv that is close to having longer minutes, similar to YouTube. Also, let’s not forget about SnapChat of the creation of stories. You can post pictures of your choice, but it also helps to be creative through your IG stories. Although, IG need to work on its algorithm because who wants to see someone’s post from 3 days ago, but Instagram is doing whatever it takes to make sure no one leaves them for another app.

I have a secret to tell you. Twitter doesn’t have stories or captions or IGTV, but twitter is mostly your own personal diary. With more characters to write in your tweets, you can post what you want(Of course, you shouldn’t tweet anything ignorant or racist), but twitter has become people’s personal diaries. Be careful because people are lurking through your tweets and sometimes tweets can come back to bite you, even though it’s in the past. Twitter is a place where you can stand by what you believe in because people will always want you to join the bandwagon of others’ opinion, but twitter has shown that you can stand by what you believe in as long as it’s not ignorant or racist talk. Truth be told, twitter has taken advantage of freedom speech because people are free to tweet what they want. Which is why twitter could be one of the best social media because what we are able to tweet about, share videos and the best part write threads of history or tips.

Question of the day!

Guess what app gave IG the idea of stories, filters and being creative with words through your stories. Ding, ding, ding! Snapchat is the original creator for stories and it’s filters. Raise your hand, if you ever used snapchat to only use it for IG. It’s okay to raise your hand because snapchat was trending more than instagram at one point, but IG should give snapchat some credit because snapchat push IG to push them to create newer filters and ways to be creative with stories, but it doesn’t change how you could connect through snapchat through chats, sharing photos with cool filters and sharing cool emojis of stickers of your own. The best part about snapchat messages disappear once it’s shared. Snapchat was an app to share and disappear in the next 24 hour. Sounds the same as IG, but we can talk about how IG took ideas from other apps another day.

Pinterest is an app to discover ideas for recipes, style, design and more. Pinterest is one of those social media that can help you to have an understanding of your vision or creativity. Pinterest is like a vision board. You see what you want and you bring it into light. Pinterest can help you with coming up with ideas for your vision of color, theme and style. You see something you like and you are able to pin to save into a board of categories. The categories are from blogging to business or inspiration of home decor to writing prompts.  It helps to keep your ideas organized to follow what concept you want for yourself.

The purpose of social media is to connect with others and network in a way that you can connect through social media. Mostly, social media is being used for business because in the digital world, it seems like social media has helped to boost up businesses. With an idea to push away instagram, but as you know instagram will forever make sure it continues to hold on to its users. So, I don’t believe social media will disappear anytime soon, again social media is taking over the world, but if I had to choose which is the best social media app ….

And the award goes to ……