Season 3 Of You On Netflix is Coming Soon: Are You Excited? 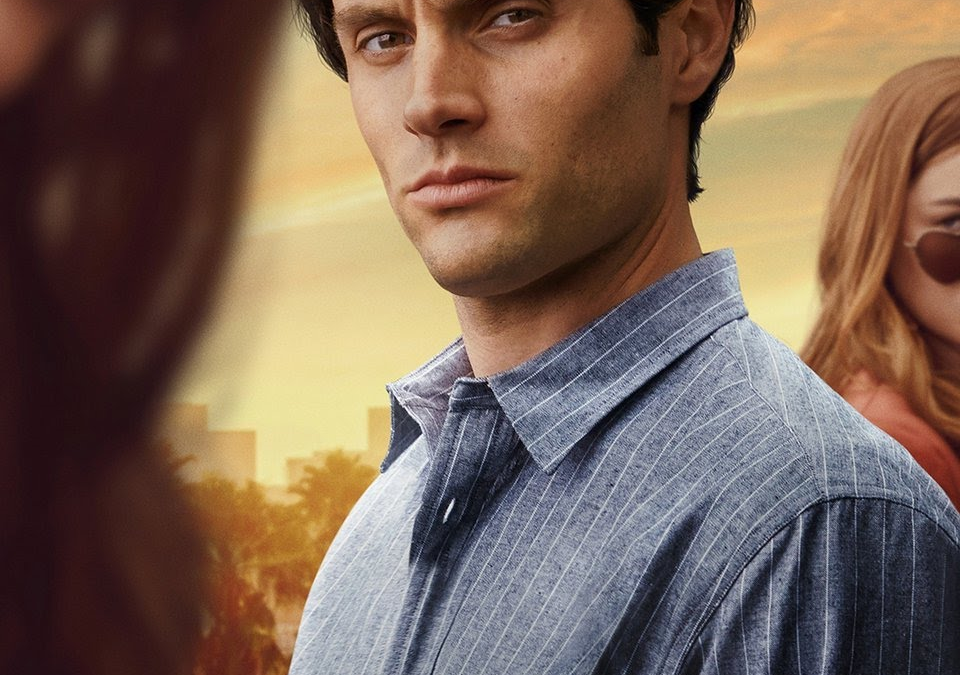 Disclaimer: if you haven’t seen YOU, spoiler alert!!!

Joe Goldberg, the stalker, the lover, at times can be your friend, the serial killer and the one who will love you and cherish you with so much love, but if you want to break up with Mr. Goldberg then he’ll kill you(sorry to Candace and Beck). Joe hates the phrase “break up” or ” I don’t love you anymore” because Joe wants to be in a committed relationship. He wants to be loved by the one he loves and admire. Joe isn’t your average American sweetheart, but Penn Badgley who plays Joe Goldberg is the one who we love the most. Penn plays Joe Goldberg very well. If you didn’t know, You is the #1 show to watch on Netflix.

Joe(season 1), who was a bookseller in New York City met Beck, who was an aspiring writer. He became obsessed with Beck as he first laid eyes to her beauty. Joe admired Beck and wanted to be with her. He followed her home, stalked her social media, spy on her friends and watched her have sex with her ex(I know….. creepy). Beck lived alone in a townhouse in New York City, where Joe hid behind bushes to watch Beck’s every move….(creepy… indeed).

Long story short, Joe and Beck became a couple, but Beck had no idea of Joe’s killing rampage. Joe has killed Beck’s ex, Beck’s best friend(who was secretly in love with Beck) and yes, Joe was a bit jealous of Peach. Last, but not least Joe killed Beck and framed her therapist(Dr. Nicky), who Beck was messing around with.

Joe is a jealous man, but he killed Beck because Beck found out the truth about Candace(Joe’s ex). Which caused Beck to be locked up in a clear glass cage for days/weeks. She could have been saved by Joe’s neighbor(Paco), but Paco was loyal to Joe because Joe saved his life and his mother’s life from his abusive stepfather. One thing about Joe, he’s someone who will save you from people who will hurt you, but will kill anyone that “breaks” his heart. Could Joe possible be sweetheart for saving lives?

Alright, but Joe can be a sweetheart. Season 1 had some shocking moments, but nothing compares to how off the seat moments of season 2.

Candace(Joe’s ex), in season one Candace told Joe “I don’t love you” that hit Joe right in the heart because he “loved” Candace, but she didn’t feel the same way. She wanted to break up with Joe. Joe takes Candace away and ties her up(kidnap? Yes). She tries to run away, but Joe “kills” her by knocking her with a hard object and buries her.

Candace made it out alive and went to the bookstore for a surprise for Joe. She wanted revenge and knows about Joe’s history of murders. Which made Joe leave New York to Los Angeles to start a new life, but Candace continued to follow Joe until it was time to tell the truth of what he had done.

In season 2, Joe isn’t no longer Joe. His fake name is Will. With Candace following, undercover detective on his tail and Will’s bad guys, it was time to change his name to someone new. So, what does Joe do? Joe does what he does best. Kidnap’s  Will and held him in his clear glass cage, but in a weird way they’ve became friends with the real Will.

In the beginning of season 2, Joe(Will) wanted to start fresh and new, no more falling in love, no more stalking and no more love. His focus was to live a low profile life, but once he saw Love, it all changed. Delilah(Joe’s neighbor) helps Joe to have a social media, but Delilah doesn’t know about Joe’s history. Joe uses social media to stalk again and follow the one he wants …. Love.

Joe has met his match!

Joe’s old ways has slowly came back, but he doesn’t want to be obsessed with Love. Which is impossible because Love always shows up to the grocery store, which becomes impossible for Joe to step away from someone he’s attractive to. Joe is afraid to go through what he went through with Beck. However, Love is just like Joe because little did he know, she was a killer, stalker like him. Oh, she will kill for Joe in a heartbeat.

Well, Joe doesn’t have to worry about Candace anymore. Candace wasn’t going to leave Joe alone, she wanted to make sure everyone knows about Joe’s past. If you were killed by your psycho ex and made it out alive wouldn’t you want to haunt him.

Well, Candace got under Joe’s skin because Candace dated Love’s brother(forty) and every single event that was planned by Love’s parents, Candace would appear, but Candace confronted Love about Joe. She told Love the truth about Joe’s past. Joe thought he had lost Love, but Love killed Candace……Her brother…… Delilah…. Truth is Joe has met his match!

Love is pregnant and who’s the neighbor?

Season 2, you couldn’t take your eyes off the screen with the craziness between Joe and Love. If you haven’t seen season 2 then get to binging because it is worth to sit all day and watch YOU.

The best part is Love is the reflection of Joe and Joe can’t seem to accept the fact that there’s someone as crazy as him, but Love is crazier than Joe. With Love being pregnant, Joe is becoming a family man. A family he always wanted, but with an attractive next door neighbor. Who knows if Joe will strike again, but will Love strike again? Season 3 is coming soon and there’s so many questions that need to be answered.